Case Study: Art Therapy for a Client with Codependency Issues

The understanding of co-dependency has evolved. It originally stemmed from describing behaviours commonly found in relationships involving substance abuse and addiction. Commonly, those who research co-dependency have often identified it as a brain disorder. However, others have classified codependency in terms of behavioural learning. Others view codependency in the context of a personality disorder and therefore focus on individual characteristics and overall personality development.

Regardless of the theoretical origins, the description of behaviour remains consistent to describe a psychological construct that refers to people who feel responsible for the feelings and actions of loved ones in their lives.

Those who are classified as codependent sacrifice their own needs to meet the needs of others. As a consequence, they often fall into behaviours that neglect important physical, emotional, and psychological needs of their own.

People who are codependent believe they are helping, however, in the process of helping individuals, they are often enabling and hiding dysfunctional behaviours in other people. Examples of this include covering for an alcoholic spouse too drunk to go to work or a parent covering up a child’s destructive behaviour to avoid any consequences.

Some of the common characteristics that are found in someone who is highly codependent on relationships are below:

Some of these codependent relationships are:

HOW ART THERAPY CAN HELP WITH CODEPENDENCY

One of the key tenets of codependency is the constant suppression of the codependent person’s emotions in support of the dysfunctional person’s behaviour and emotions.

Emotional exploration is an important feature of art therapy. The subtle engagement of expression can help the client explore unsaid thoughts and feelings without the need to verbalise the emotions.

Art therapy can act as a container to help the client begin to express and also accept these emotions without judgment, ridicule, or shame.

As people with codependency traits have low self-esteem, they can use art therapy as an activity to encourage self-compassion. Additionally, perfectionist traits are also high in codependent people and this can be addressed in art therapy through the process of loose artistic expression that embraces the unknown, releasing control, and making ‘mistakes’ that are reframed as an important part of the process.

Art therapy in a group setting can also benefit a client with codependent behaviours as it provides an additional layer of social support and insight into how others have navigated their recovery.

Blake has been experiencing bouts of depression recently. Blake’s girlfriend tells him that he isn’t supporting her enough with her level of stress while studying at university. She is constantly yelling at Blake which Blake says is understandable given her stress levels.

Additionally, Blake’s mother has also told him that he isn’t helping her around the house as much since he moved in with his girlfriend. Blake feels guilty that he is not helping his mother enough. Blake’s girlfriend has told him that he needs to choose who he spends time with or their relationship is over. Blake recalls this same conversation with his previous girlfriend who asked Blake to move in with her but he knew his mother wasn’t ready to be on her own.

This exercise is aimed at helping your client identify the emotions that are linked with current circumstances in their life. Often when someone is going through a difficult period, they may detach from their emotions so they can persevere through the moment. By ignoring important emotions, clients run the risk of ignoring their needs and developing negative beliefs and coping methods which can compound an already difficult situation.

Blake found it difficult to identify the emotions he had about his situation. When he thought of emotions, his mind would wander to how his mother and his girlfriend felt. He felt both of them were mostly angry at him. This made him feel angry as he felt he was trying hard to please everyone.

Blake felt this exercise helped him pay attention to his emotions, and more importantly, how to value them. Blake could see that sacrificing his feelings and prioritising others lead him to embrace negative beliefs about himself because he had felt that his mother’s home life problems were his to solve. He also felt he had been contributing to his girlfriend’s stress levels and would be the cause of their relationship possibly ending like his last one. 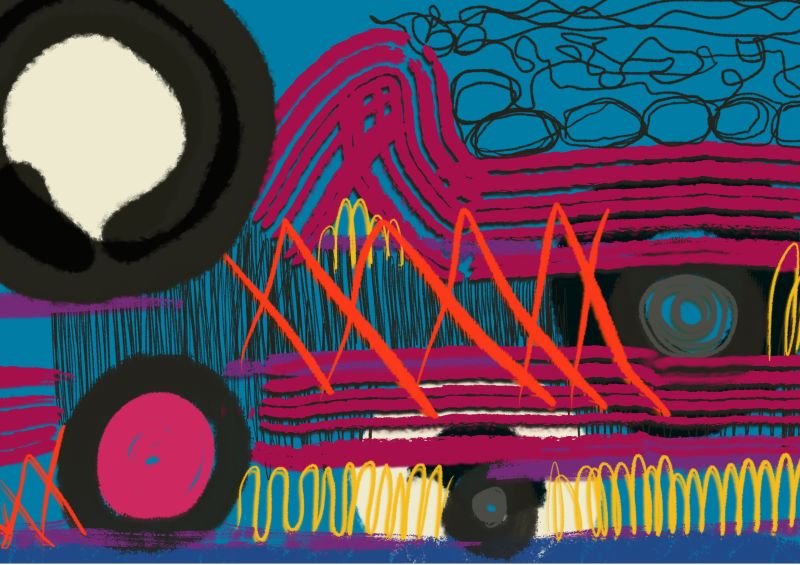 This case study represents a snapshot of the client’s progress in treatment. The exercise in this article could be used as written or as a guide for new and original tasks developed by the Art Therapist. Responsibility for treatment resides with the individual therapist who understands their clients specific needs. The art therapy exercise should not be viewed as a pre-defined directive on how to treat a client that presents with a specific range of problems.This art therapy exercise will help build a database of knowledge to draw upon when helping your client. Art Therapy is associated with psychotherapy techniques, however each therapist often approaches therapy with their own foundation of psychological interventions, whether it be psychotherapy, CBT, DBT or other methods. 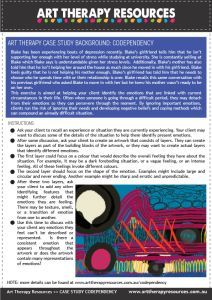 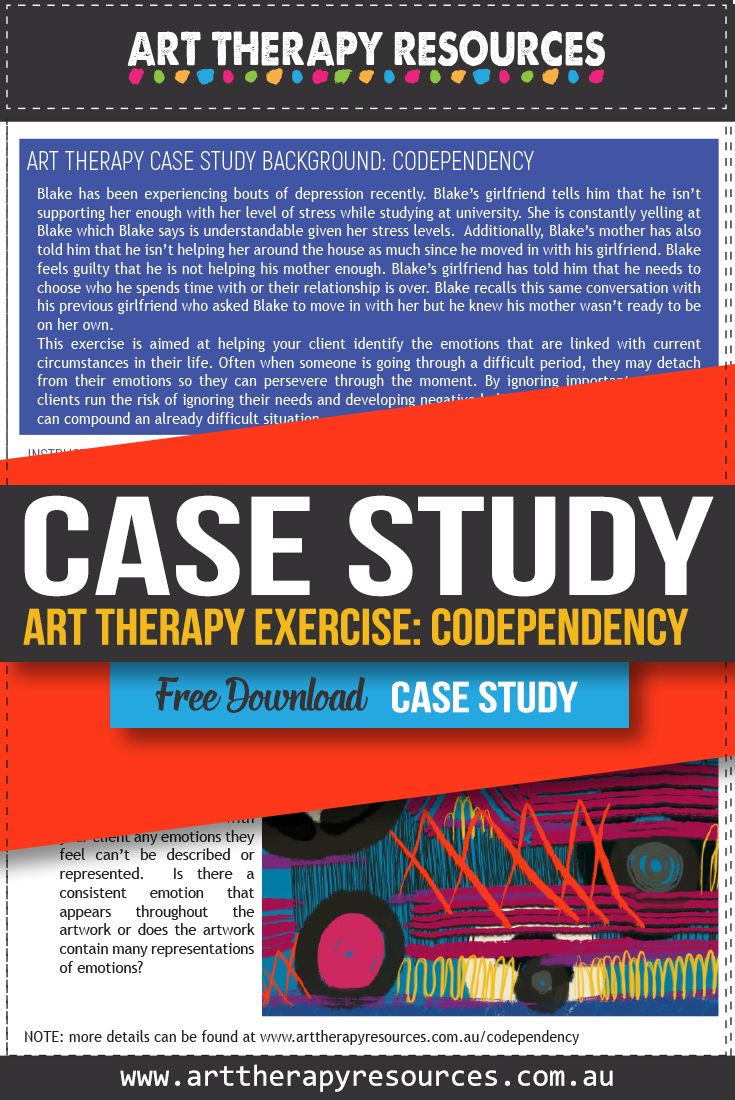