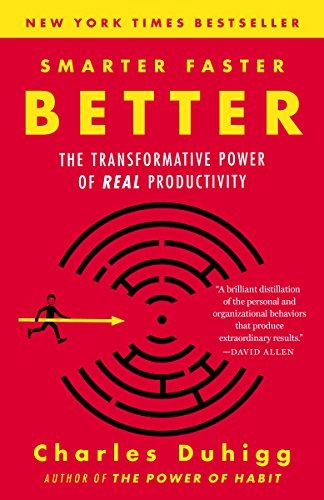 At the core of Smarter Faster Better are eight key productivity concepts—from motivation and goal setting to focus and decision making—that explain why some people and companies get so much done. Drawing on the latest findings in neuroscience, psychology, and behavioral economics—as well as the experiences of CEOs, educational reformers, four-star generals, FBI agents, airplane pilots, and Broadway songwriters—this painstakingly researched book explains that the most productive people, companies, and organizations don’t merely act differently.

They view the world, and their choices, in profoundly different ways.

A young woman drops out of a PhD program and starts playing poker. By training herself to envision contradictory futures, she learns to anticipate her opponents’ missteps—and becomes one of the most successful players in the world.

A group of data scientists at Google embarks on a four-year study of how the best teams function and find that how a group interacts is more important than who is in the group—a principle, it turns out, that also helps explain why Saturday Night Live became a hit.

A Marine Corps general, faced with low morale among recruits, reimagines boot camp—and discovers that instilling a “bias toward action” can turn even the most directionless teenagers into self-motivating achievers.

The filmmakers behind Disney’s Frozen are nearly out of time and on the brink of catastrophe—until they shake up their team in just the right way, spurring a creative breakthrough that leads to one of the highest-grossing movies of all time.

What do these people have in common?

They know that productivity relies on making certain choices. The way we frame our daily decisions; the big ambitions we embrace and the easy goals we ignore; the cultures we establish as leaders to drive innovation; the way we interact with data: These are the things that separate the merely busy from the genuinely productive.

In The Power of Habit, Pulitzer Prize-winning journalist Charles Duhigg explained why we do what we do. In Smarter Faster Better, he applies the same relentless curiosity, deep reporting, and rich storytelling to explain how we can improve the things we do. It’s a groundbreaking exploration of the science of productivity, one that can help anyone learn to succeed with less stress and struggle and to get more done without sacrificing what we care about most—to become smarter, faster, and better at everything we do.

I have included a pdf download of the chapters included in the book. You can also view the contents and a few sample chapters of the book on Amazon here.

The author, Charles Duhigg uses case studies throughout the book which enables the reader to identify with parts of the narrative in explaining how to foster good productivity habits and manage realistic goals.

In the appendix, the author also details his own experience in writing this book as well as performing at his day job. He includes some handwritten exercises that he completed as part of his goal setting process. An example of goal setting is pictured below showing the process of setting a goal through questions: 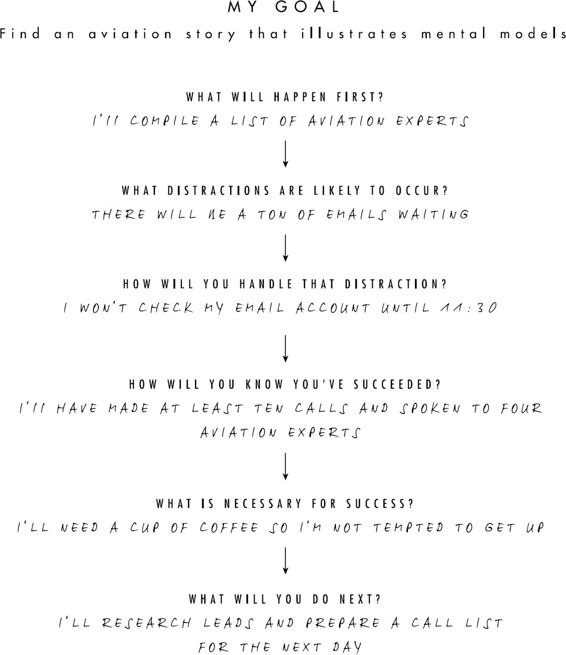 One of the most useful tips he provided was in establishing his WHY when approaching a task. Understanding his WHY helped him work through the more tedious tasks involved in writing the book, such as reading many research papers. This is a good reminder for anyone who is undertaking a task that involves obstacles and difficulties – remember WHY you are doing this task.

This theme is repeated throughout the book and reminds us that no matter what stage you are in with improving your productivity, you should always try and remember the big picture.

Charles Duhigg reminds us that we have autonomy in our endeavors and that we should remind ourselves of the power we have to make decisions that will benefit our productivity process. When we realise we are in control we tend to blame external obstacles less for our perceived lack of momentum on a project.

In the book, the author explains the benefits of using visualisation to help focus attention. This is especially relevant for art therapists who understand the importance of the connections that are made with expressing visual images of internal thoughts, perceptions, emotions, and ideas. Charles Duhigg explains how people who are good at managing their attention are able to use visual imagery to foresee the successful outcomes of their tasks. They also use internal narration to help successfully navigate through conflict involved in working with people with conflicting goals.

Some of the suggestions in the book may appear as common sense, however, when we are in the process of working through difficult tasks and struggling with motivation to work through obstacles, we don’t always rely on common sense as a standard position. In many instances we can succumb to many of the standard errors in thinking of blaming, catastrophizing, black and white thinking, emotional reasoning, and personalising to name a few. This book helps to provide a blueprint for the ways in which we can redirect the perceptions we may have of our inability to stay motivated or focus in order to maximize our productivity.

Purchase: If this book sounds interesting to you, it can be purchased from Amazon. You can also view the contents pages and a few of the introductory chapters in the sample. Amazon purchase link.

Files include: Checklist pdf + Goal Setting Calendar US Letter and A4 formats. 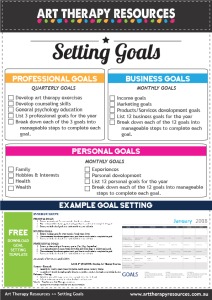 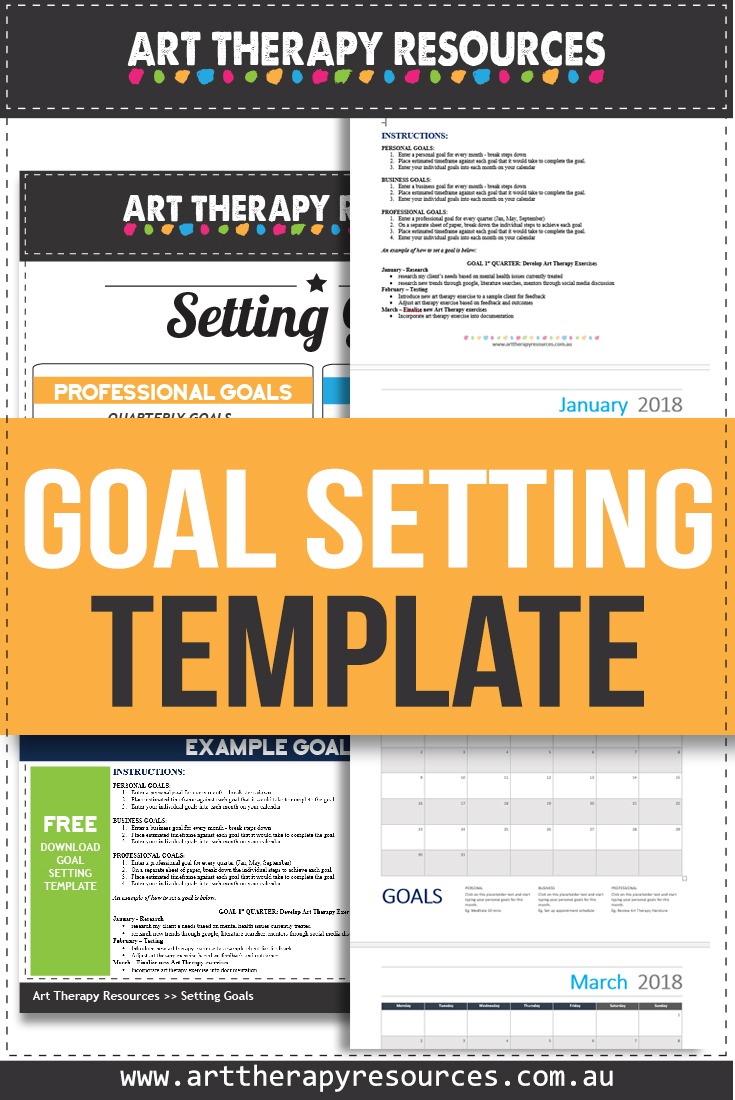